Home > Education & Information > What is a Free School?

What is a Free School? 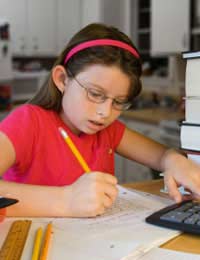 Free Schools grabbed the headlines from the moment at which they were included in the government’s coalition document. The scheme, which claims to be founded on the principle that communities know best, has been supported and derided in equal measures. But despite the criticism Free Schools appear to be here to stay; indeed, some communities have welcomed them. So what are Free Schools, how could they potentially benefit your community – and how can you set one up?

What are Free Schools?

Free Schools are a controversial new form of school in the UK, funded by the state but operating outside the remit of local authorities. In practice this means that the taxpayer foots the bill for Free Schools, but that the Schools can, for example, set their own curriculum. The Schools will also have control over a range of other factors including the school day and the contracts they offer teachers.

Supporters of the scheme say that this will help to ensure that local areas have a broad range of education options. The government suggests that Free Schools will encourage competition amongst schools. But opponents suggest that competition is unnecessary in education, and that the government should instead be focusing on improving conditions in all schools. They are also concerned about taxpayers paying for institutions that are not accountable to the public in the same way as conventional schools.

Free Schools in the UK are broadly based on a model developed in Sweden. They also have some precedent in the UK’s existing Academy programme. They were a key element of the Conservative Party’s pre-election manifesto, and were contained in the coalition document. The legislative framework for Free Schools is contained in the Academies Act – which also enables the transition of all existing state schools to Academy status.

Have they been successful?

The first wave of Free Schools appeared during autumn 2011, with 24 Schools being established. Some people have remarked on the speed with which these institutions were set up – less than 18 months since the start of the coalition.

There has been a very mixed reaction to the Free School project so far. On a basic level the establishment of 24 new Schools has helped to ease the pressure on the admissions system in areas where existing schools were already oversubscribed. Some parents of students at the Free Schools have also reported positive experiences – although the Schools are significantly too young to have had any serious investigation yet.

Meanwhile, criticism of the project has intensified, with many people questioning Free Schools’ ability to appoint individuals with no formal teacher training. There has also been controversy over the admission rate amongst pupils with special educational needs (SEN). Some figures suggest that SEN admission in Free Schools is significantly lower than in their conventional equivalents.

Who can set one up?

Despite these criticisms interest in the Free School project has continued. There are several more Free Schools in development, and the government expects that a number of these will be opened in 2012. One of the most important founding principles of the Free School project was that any suitable person could potentially have the opportunity to set one up. Of course, there are questions (and controversy) about who should be allowed to establish and run a school. For its part the government has suggested that charities, teachers, community groups and parents could all potentially be considered suitable persons.

The proposer will also have to demonstrate that there is demand for a Free School in the relevant area. This could take the form of, for example, a petition. Proposers are also expected to put together a comprehensive financial plan demonstrating how the school will operate.

Applications are taken at specific points during the year, with ‘waves’ of Free Schools being established during given months. If you miss any given application deadline you will have to wait until the next suitable date to reapply.

The applications process for Free Schools is lengthy, and can be difficult. In addition to the significant amount of paperwork involved, proposers will be required to appear in front of a panel that will judge the suitability of the candidates. The Department for Education says that “only high quality applications will be approved.”

Indeed, the application process is one of the most significant sticking points for Free Schools, with many commentators suggesting that only those individuals with a lot of time and significant financial resources will be able to successfully apply. But if you are interested in establishing a Free School there is support available. The New School Network is a good first port of call, where you will be able to find information and guidance on the application procedure.

How to Get Help With Talking Newspapers